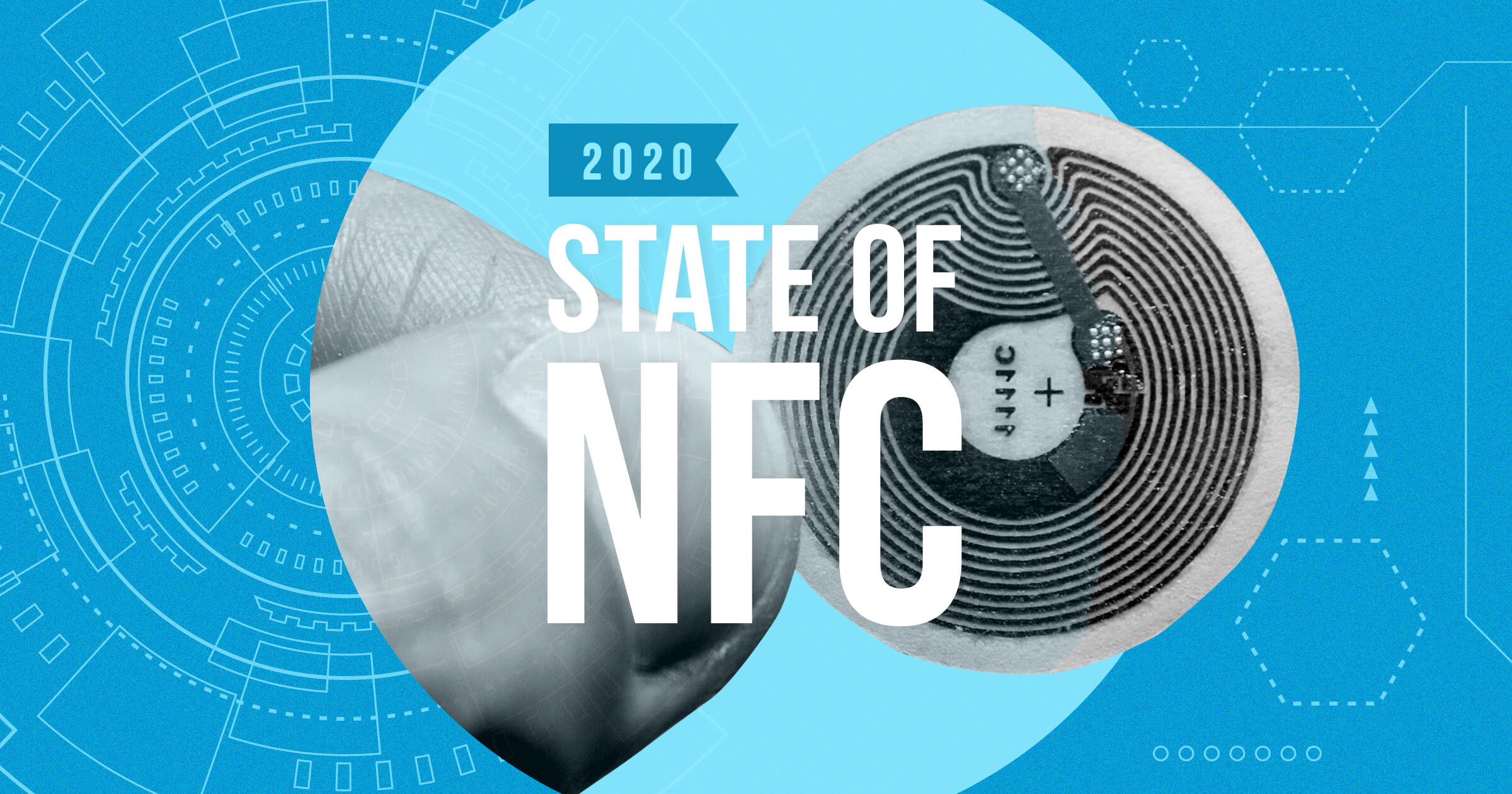 Updated Near Field Communication (NFC) stats and how NFC tags are being used today.

NFC Usage and Statistics for 2020

Though Near Field Communication (NFC) first came to use in the mid-2000s, a far wider population is now familiar with the technology than ever before, and many are using NFC on a regular and frequent basis.

We wanted to find out exactly how much growth has been spurred by this increased awareness, so we broke down some of our own numbers on NFC usage in 2020.

Taking a look at Blue Bite’s cumulative data, we see that NFC activations grew 22% from 2018-2019, while NFC interactions grew 27% over that same time period — indicating people are interacting more with each individual NFC object, which accounts for the 6% growth in interactions per active NFC object. Growth in NFC reach is even more substantial: 50% over that time period.

When we look at NFC implementation on a broader scale, we see, impressively, that there will be 1.6 billion NFC-enabled devices by 2024, according to ABI Research. That group also reports that total NFC market value will reach $47 billion by that same year.

The numbers are even larger when looking at IoT beyond NFC: 20 billion IoT enabled devices will be in use by the end of 2020, while 500 billion are estimated by 2030.

NFC tags are one way to transform products and packaging into smart products, but they aren’t the only connecting technology. To complement our NFC statistics, we also wanted to look at our numbers on the growth of a wider group of intelligent products.

Why Now for Near Field Communication?

With 3.4 billion active smartphones in the world today, smartphone penetration is at an all time high. There are 2 billion NFC-enabled devices, most of them phones.

“In other words,” writes NFC Forum, “20%+ of the world’s population have access to NFC.”

The number of NFC-enabled phones, already growing rapidly, will continue to do so now that Apple has added NFC-functionality to all new iPhones starting with iPhone XS, XS Max and XR.

While NFC usage beyond payments was already growing steadily, consumer demand for contactless experiences due to the pandemic has rapidly accelerated that growth, according to a survey by ABI Research.

“The pandemic has created a surge in NFC usage," said Phil Sealy, research director, ABI Research. "NFC use in payment scenarios pre-Covid-19 was high but, post-Covid-19, we predict that NFC will be extended to other use cases as consumers are showing an increasing reliance on the technology.”

The survey found 96% of NFC users have used the connecting technology for something other than contactless mobile payments. Over 75% of respondents use their contactless payment multiple times per week or more.

Most of the growth was driven by Apple’s adoption of NFC in their iPhones, reports Scientia Mobile.

Apple has been updating iPhone NFC capabilities since the technology first appeared on iPhone 6 to enable Apple Pay.

Apple Pay and Google Pay — which both leverage NFC — and other NFC payment types, play a large role in the growing awareness of NFC.

The total mobile market is worth $1 trillion, according to LearnBonds and eMarketer estimates there will be 69.4 million NFC mobile payment users by the end of 2020; that number will rise to 80.1 million users by 2023.

The report explains this growth:

Several major retailers have introduced mobile payment platforms in their mobile apps, and credit card companies are promoting the expansion of near field communication (NFC) technology with the introduction of contactless cards. Both moves should boost mobile payments in the years ahead.

Distinguished art gallery Lévy Gorvy has added NFC and QR codes to a number of their exhibitions to extend the brand beyond the gallery walls and deliver more information to their visitors.

For example, when the gallery launched the “Warhol Women” exhibition, NFC tags embedded in takeaway cards let visitors extend their experience with the gallery after leaving. 16% of visitors to the gallery interacted with the smart experience, creating a new kind of gallery engagement visitors clearly want to take part in.

Alcoholic beverage producer Pernod Ricard enabled 300,000 bottles of Malibu Rum with NFC tags that launched an experience that allowed users to “engage with games, enter competitions and receive recipes for cocktails,” according to NXP. The campaign built off an earlier pilot campaign that enabled 16,000 bottles.

Companies are beginning to discover the advantages for both consumers and their brand as they use NFC to connect to blockchain. This allows brands to connect a physical object to the security of the blockchain. A report from The International Trademark Association (INTA) and the International Chamber of Commerce (featured in a STMicroelectronics white paper) sums up these advantages:

Consumers learn more about the products they purchase, including being able to track and trace the product from origin through the supply chain.

Brands make that supply chain more transparent both to consumers and members of the supply chain. This can improve reputation as well as providing new and unique serves along with communicating pertinent information in a secure and [trustworthy] way.

For one example, see how the Fine Art Ledger secures physical pieces of artwork with blockchain.

Though they can be used for some of the many applications, NFC is not always interchangeable with QR. NFC is not better or worse than QR, but it can serve different use cases.

For example, Blue Bite powers dynamic, personalized digital experiences that can be launched when customers scan QR, NFC or other connecting technologies.

The product authentication we offer for PINKO luxury handbags, for example, is launched by an NFC tag embedded in the products themselves. Embedding the NFC makes it nearly impossible for would-be counterfeiters to access tags, bringing peace of mind to consumers that know they are purchasing an authentic item, whether it be from the brand, from a retailer or on the secondhand market.

Enable Your Products to Tell a Story with NFC 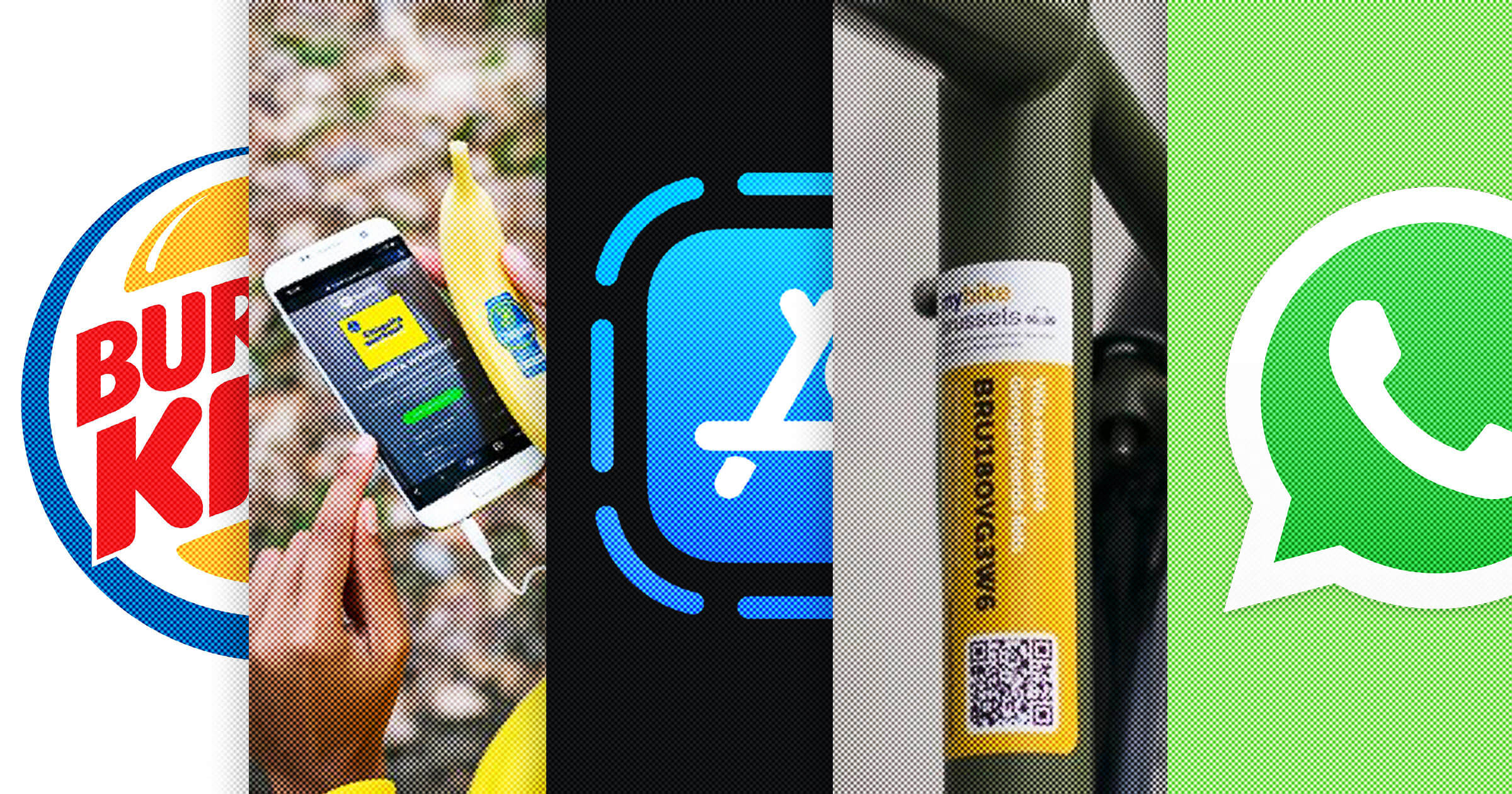 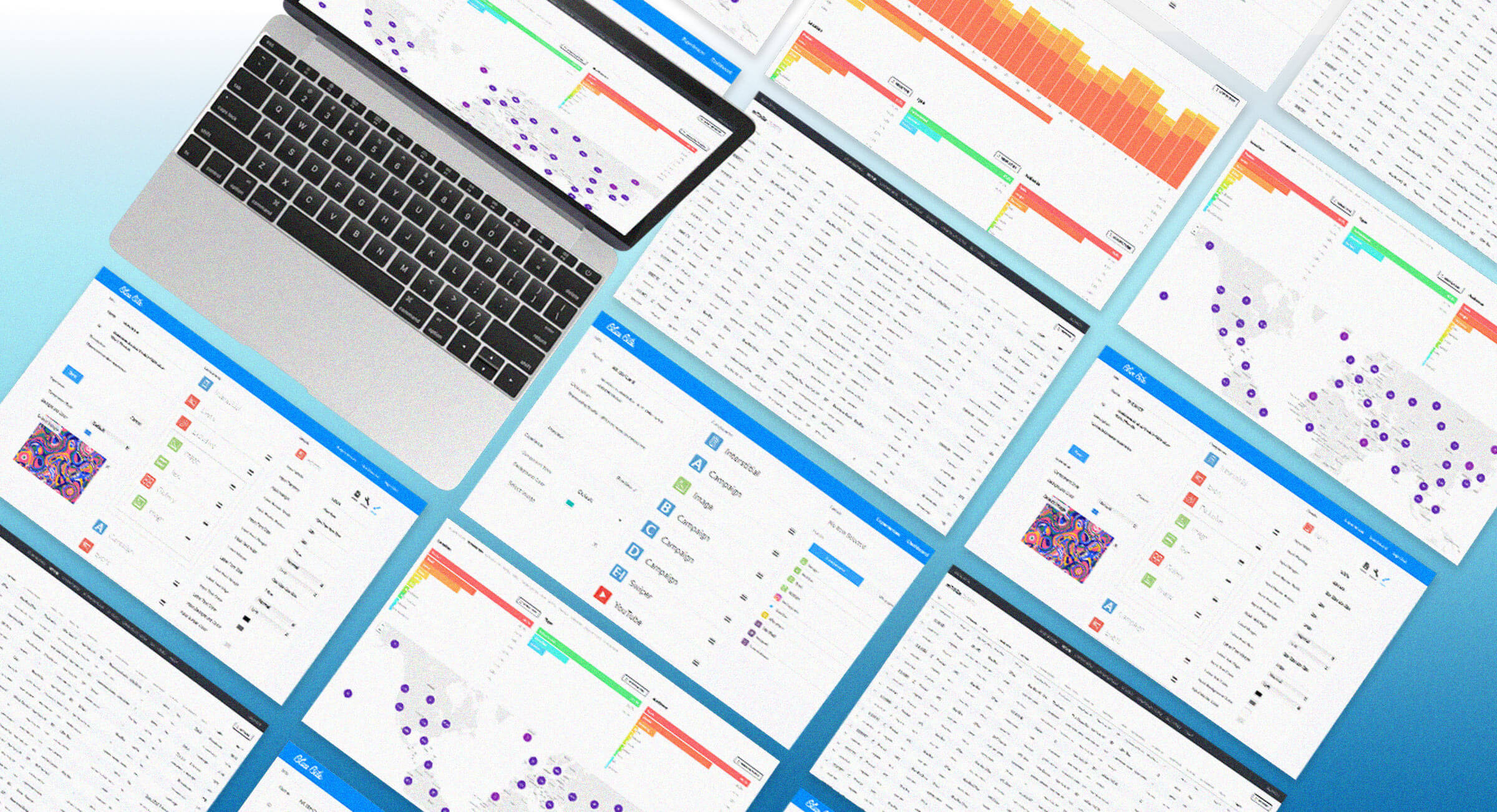 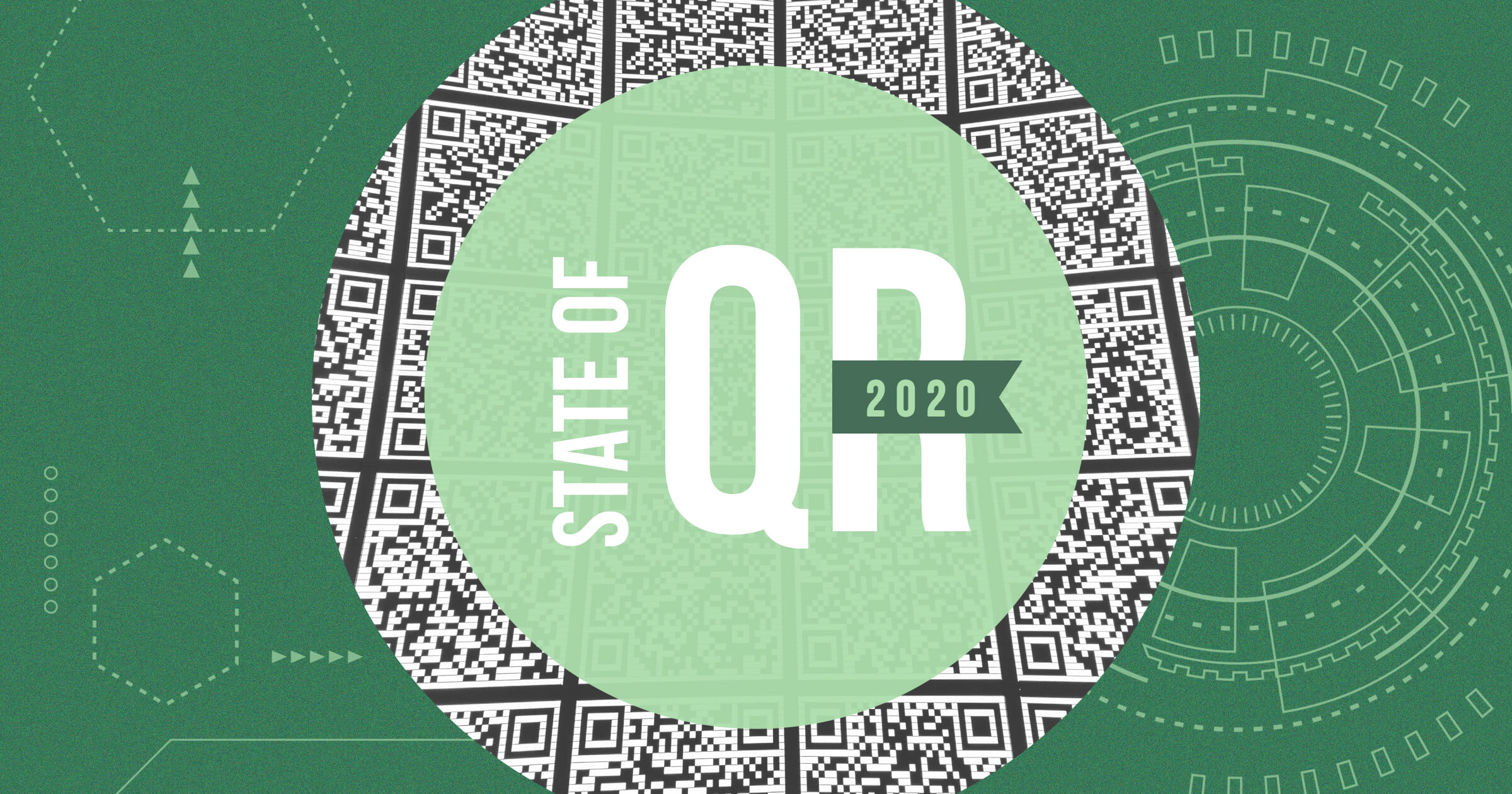 How to Write NFC on Android